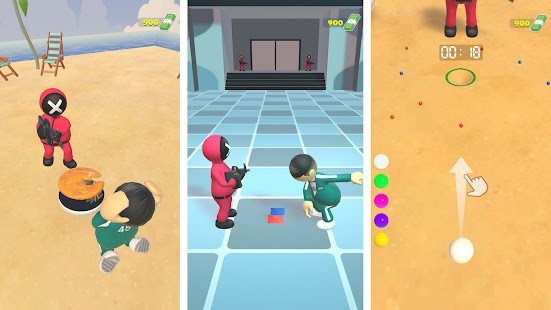 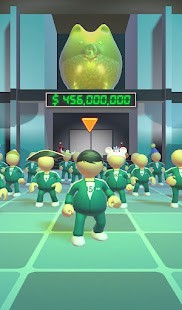 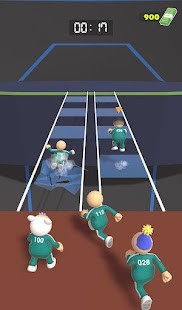 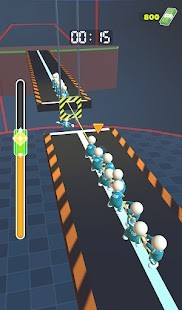 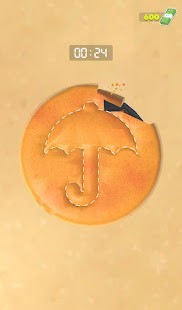 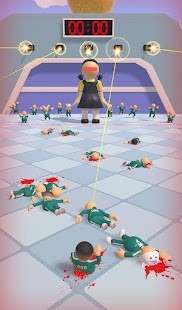 Beat off other competitors and be the only one who wins 45.6$ billion Golden Piggy Bank

Do you want that Treasure? You have to be brave enough to take it.

The first game will be a green light red light game challenge where your patience and stealth will be tested. Your goal is to cross the finish line without being caught by a Giant Doll. When it say Greenlight you are allowed to move but when it says Redlight, all motion must stop, or else you will be eliminated. Keep in mind that there is a time limit so you have to run as fast as you can if you don't want to end up dead on the field.

There are only two rules: Stop when it is red & don't get caught.
The doll will change the counting speed continuously, sometimes very quickly and sometimes very slowly. What you need is the speed and acumen of this scary doll in rhythm counting. Or it can be understood that you need to be sneaky but quickly reach the finish line.
this game promises to bring you the most realistic experience of the main character
Full modes are now available:
- Dalgona candy
- Tug of war
- The midnight fight
- The glass stepping stones
- Marble

Remember all those who failed to finish in the limited time will receive brutal death as a penalty.
So do you want to take this life-changing opportunity to win $45.6 billion?

DOWNLOAD NOW if you are destined to be the lucky one who will be the last survival.

User ReviewsAdd Comment & Review
Based on 1 Votes and 0 User Reviews
5 Star
0
4 Star
0
3 Star
0
2 Star
0
1 Star
0
No reviews added yet.
Comments will not be approved to be posted if they are SPAM, abusive, off-topic, use profanity, contain a personal attack, or promote hate of any kind.
Download Now
Download with QR Code
This site uses cookies to provide you with a great user experience. By using this website, you agree to our use of cookies.